From Russia With Love

Okay, not exactly. But I was really pretty close, closer than a certain Vice Presidential candidate... 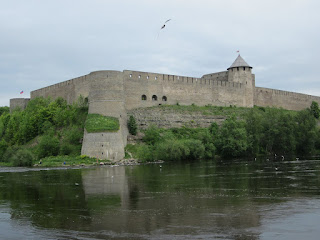 I was in Narva yesterday, Estonia's third largest city, which borders the Russian town of Ivangorod. The picture above is the castle in Ivangorod from the banks of the Narva River. Below is from a hill showing Estonia's Narva Castle on the left and Russia's Ivangorod Castle on the right. Obviously, I was still in Estonia. 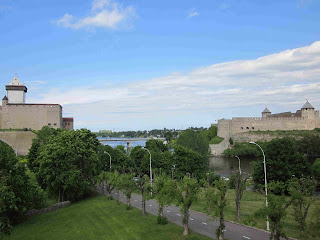 We were in Narva for the Narva Soap Box Derby. The derby, now in its fifth year, is part of the Narva City Days and is something the embassy has sponsored each year. The event is great for many reasons, not the least of which is that it is just a lot of fun. But mainly, it is one of the few events in the country that really brings together ethnic Estonians and Russians in a very non-political way.

The race takes place down a hill right next to the Narva River....one wrong turn and you could end up in the river...and then in Russia! 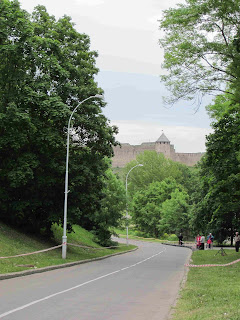 Luckily, none of the cars ended up in Russia. One though, the Turbo Chicken, did wipe out pretty badly at the end. At least he got most original car for his trouble! 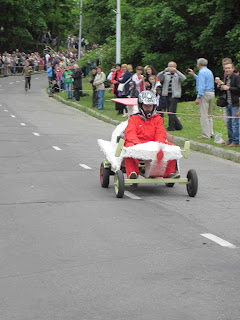 Of the other cars, I'd say my favotires were the Magic Carpet, and of course, the embassy's car, USA 1. 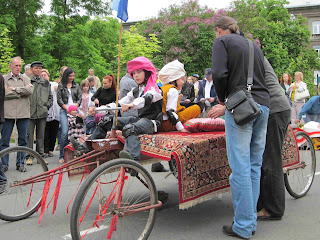 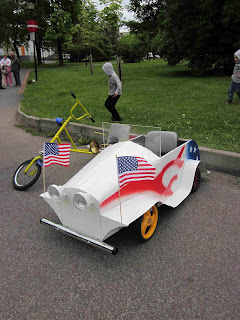 This was my first trip to Narva...I hope it won't be my last. It is an interesting town...almost entirely ethnically Russia and with a sad story. The town used to have a beautiful old city, smaller, but apparently more ornate than Tallinn's Old City. But it was bombed heavily in World War II, and very little survived. And unlike places in Poland, where the Old Cities were restored, Narva was not. So there are just small hints of its former glory. Like its Town Hall: 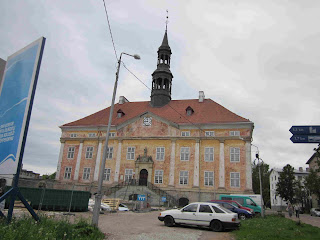 And Alexander Kirik, which was heavily bombed but not entirely destroyed. So it was restored. 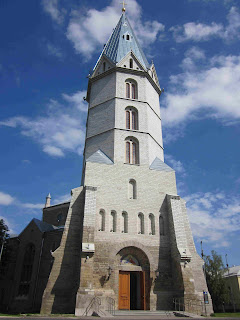 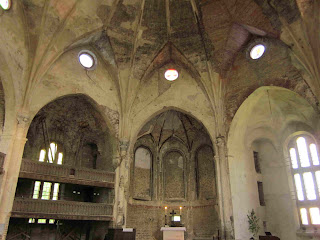 After the derby, we went around and did a small bit of sight seeing...after all, how could you pass up Narva City Days. We saw dancers: 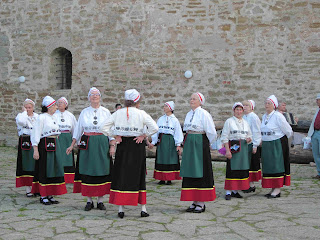 And some sort of running of the brides...this is just a small number of them...there were literally hundreds planning to run in their wedding dresses to win some kind of laptop. 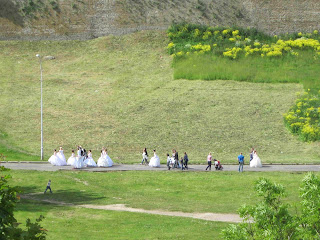 And we ending the day with a hike up to the top of the tower at Narva Castle for some even better views of the castle in Russia. 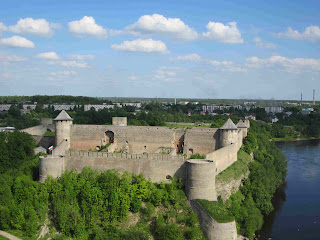 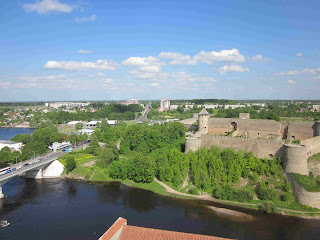 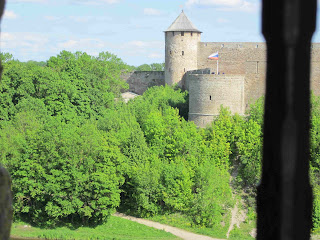 Not quite from my backyard, but pretty close!
Posted by Digger at 4:38 AM

Pretty cool! Thanks for sharing!