Sad News for the Foreign Service 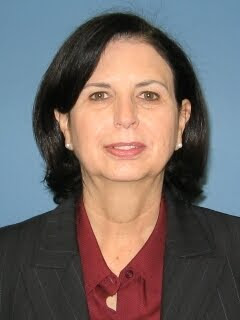 During the Daily Press Briefing tonight, the State Department announced that Victoria J. DeLong, the Cultural Affairs Officer in Port Au Prince, was killed when her house collapsed during Tuesday's earthquake.

DeLong joined the Foreign Service in 1983 and had served in Haiti since February 2009. She was 57.

The thoughts and prayers of everyone in the Foreign Service go out to her family. We all know the risks we take when we sign up to serve our country, and that any one of us could have been in her place.

From our department notice:

We are deeply saddened to learn of the death of Victoria J. DeLong, our Cultural Affairs Officer in Port-Au-Prince. We join our embassy in Haiti to express our heartfelt condolences to her family, and we are providing all necessary support to the family during this difficult time.

Ms. DeLong joined the Foreign Service in 1983 and served as Cultural Affairs Officer in Haiti since February 2009. In one of the most challenging environments in the world, she dedicated herself to educational and cultural exchange between the people of Haiti and the people of the United States. Her creativity, hard work, communication skills, and courage in this task advanced the partnership between our countries and the cause of peace and prosperity in our global neighborhood. She will be sorely missed by her colleagues and friends.
A station in her native California covered her death here.
Posted by Digger at 6:10 PM