I have totally fallen down on the job. Here it is June, and I haven't even posted the first thing on Pride.

But I haven't totally shirked my LGBT duties.

Happily for me, it is U.S. foreign policy to support LGBT rights in the world. So starting last month, I got to do just that in a couple ways.

First, we flew the rainbow flag over the embassy. 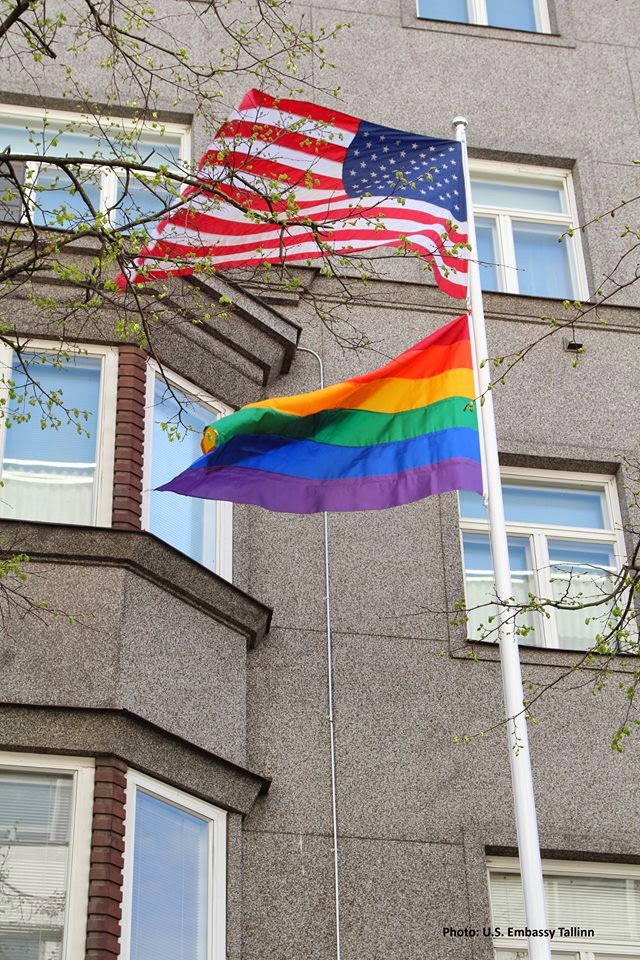 And second, I got to work with the UK embassy to draft a statement of support for the gender neutral partnership law that the Estonian government is considering. If passed, it would offer legal protections to unmarried couples regardless of gender, making Estonia the first formerly Soviet-occupied country to offer protections to same-sex couples. The statement was co-signed by the UK and three other countries. Members of Parliament told us they appreciated the support.

And then of course, there was Baltic Pride. Baltic Pride is an annual celebration that rotates around the three Baltic countries and was held here this year June 2-8. I was able to offer the local community support in a few ways. First, my section provided a grant to support an outdoor advertising campaign for the event. We also helped local NGO Diversity Enriches bring Ty Cobb, Global Director for the Human Rights Campaign, to speak at their conference "Equality: What Role for Civil Society?" Our DCM spoke at the conference as well. We also coordinated again with the UK Embassy to draft another statement of support, this time for Baltic Pride. We got 13 other embassies to sign on. I hope our efforts helped...it did earn us an "e-hug" from a fellow blogger.
Posted by Digger at 2:37 PM