This has been a great weekend for several reasons.

First, I completed my first 8k race. This one was really important to me. It was the Brain Aneurysm Race for Awareness. Some of you may know that I lost my mother 14 years ago in July to a brain aneurysm, and her loss continues to be a defining force in my life. I miss her every day. 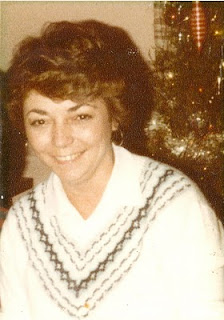 So doing this race to help raise money and awareness was a really tangible and productive outlet for my grief (a friend told me when she died that it never hurts less, it just hurts less often, and I have found that to be true).

I managed to finish before the race clock itself was turned off, but unfortutely, the racing company stopped tracking people WAY before they were supposed to. Like 15 minutes earlier than the race had advertised. But I have my time from my Garmin watch, so it is all good.

And I wasn't last. Though that said, total respect to the woman who was last. She ran the whole way and she ran her race. And you know what they call the person who finishes a race last?

Also this weekend, the repairmen finished the ceiling. I love the color in the office (it had been white, and was the only thing we changed in all the repairs other than adding overhead lights in the bedroom and office). Granted, more upheaval begins tomorrow, when the carpet people arrive to clean and perhaps replace the carpet and when the electricians hand the lights in those rooms and re-hang the one in the dining room. But at least for the moment, the house seems somewhat back to normal. And the paint job is nice. Everything looks so clean.

Plus, I got some good news on the Estonian front. I found out that the person assigned to Tallinn by Diplomatic Security is someone I served with in Jerusalem. And he is awesome! I am delighted to get to serve with him again.

Now if we could just get a handshake for my wife, I would be able to relax and enjoy fantasizing about our future life in Europe.

Did I mention that I got an invitation to apply for a position as a tenure-track professor in archaeology? And I thought...hmmm...in this economy, do I want to give up a secure job with great benefits that include getting paid to learn a language and then to live for three years rent free in Europe? For an insecure position paying maybe a third of what I make.

Uh, that would be no.

Hi! Camille Kern here :) I'm actually a neurosurgery nurse (orthopedics too) and have seen dozens of brain aneurysm patients - it's a very hard thing to deal with and so important to spread the word so that people are able to know the symptoms and react quickly. Good job on finishing the race!

Hooray for you! 8K! I'm impressed, and for a great cause as well. Your mother was a beautiful lady. I'm sorry she was taken from you too early. This is a post full of goodness.. except the silly job offer, but hey, it's sort of a pat on the back/bit of recognition, right?

Awesome is all I have to say for what you accomplished! I draw inspiration and comfort from you. Thank you for validating the fact that our mothers are never forgotten and feeling moments of sadness, even years later is okay. Thank you for this post.

This week's State Department Blog RoundUp is posted - and you're on it!

Thank you, and have a great weekend!